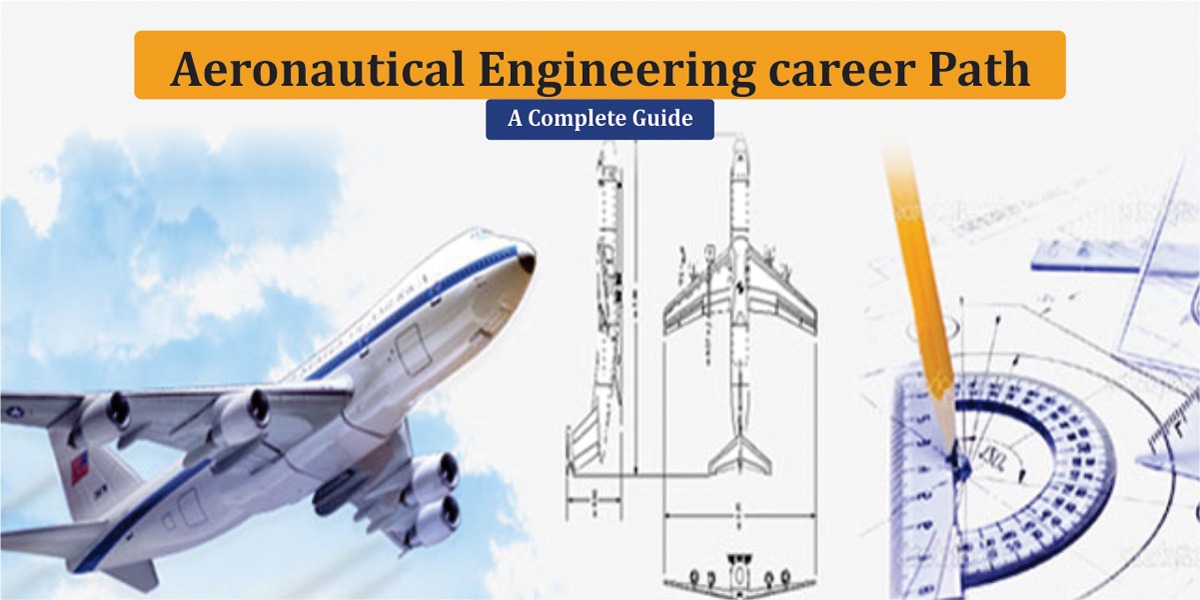 Every year in India, countless innumerable students clearing their 12th boards, with science stream, opt for engineering, and among the various streams of engineering, aeronautical engineering has attracted the attention of many students in recent times. Aeronautical engineering basically refers to the science that deals with the study, planning, designing, and techniques, which are involved in operating aircraft, and prepares the engineer with skills for designing, making, analyzing, and testing commercial/military aircraft, missiles, and spacecraft. Studying the course from a recognized college can promise the students a favorable lifestyle in the future. But to do that, the student must have a clear idea of what the career path of aeronautical science entails. Thus in this article, the specifications regarding aeronautical engineering shall be discussed in detail.

Why should you Pursue Aeronautical engineering in 2022?

As a student, you may wonder, why should you choose aeronautical engineering amongst all the other streams? In the world of today, people are increasingly inclined toward science, and even people in streams, other than science, are also intrigued by new scientific discoveries and inventions. What happens in outer space, which planet has water, which planet can possibly be survivable for human beings, all these have been flaming topics of discussion. And to make those discoveries, well-made and well-functioning aircraft are of utmost importance. Secondly, every country is in search of better security for the country and the world as a whole, and thus comes the need for military aircraft and missiles. Moreover, aeronautical science has gained popularity in recent days, and thus a comparatively lower number of people apply for it. Thus, there are a large number of companies and organizations in need of aeronautical scientists.

As aeronautical science requires precision and huge expertise, once you get hired, the salary is comparably high to other fields in engineering and can assure you a satisfactory lifestyle. Graduates can also earn a good sum, working as an engineer, and can do work like designing vehicles, designing the tools used to repair aircraft, or overseeing the production process.

3. A Subject With A Huge Prospect

Aeronautical engineering is continually gaining recognition in today’s world, and the chance of it being irrelevant or unnecessary is null. Secondly, aeronautical engineering prepares the students for not only designing air and space crafts but also includes components from other fields, which can provide the student with great opportunities in not only the companies dealing with aeronautics but also the other engineering sites.

Also read about the - Computer science vs Computer Engineering

4. Other Important Sectors Where Aeronautical Engineers Are Recruited:

Engineers specializing in aeronautics can also work as graduate engineer trainees, in racing car companies, as Aircraft Production engineers, Assistant Technical Officers, and Air safety officers, and as space scientists in government organizations. Students can also do their post-graduation to gain the utmost expertise in the field, in the search for better jobs.

Aeronautical engineers hold the expertise to fetch the best-paid jobs both in India and abroad, with salaries as high as $1 Million. If a student wishes to settle down in foregin countries, they can even apply for a job overseas.

High Paying Job after B tech

Following are a broad overview of what falls under the job spectrums of aeronautical engineers.

Average annual salary may vary from company to company but the following data will provide you with a range idea that CTC oscillates between. Sometimes, these salaries may go as high as INR 25 Lakhs depending upon the skill, experience, and time in the industry.

Overview of the course